Welcome to the Campaign Challenge!

In September 2016, the Network Steering Committee made a commitment to hold a strategic campaign review, recognising that in these challenging times, it’s vital that we maximise the effectiveness of our campaigns and fully consider how what we do can lead to real change in Tibet. 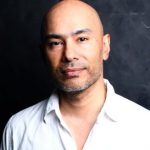 The aim of the Campaign Challenge is to explore new campaign opportunities that we as a movement can work on together, and we want everyone to be involved in helping to identify these opportunities.

Supporting us in this challenge is campaign expert, John Jackson (right), an independent campaign consultant who is a long-time friend of the Tibet movement. John has recently completed a series of online webinars for Tibet Network outlining key Campaign Concepts and the way to success. We encourage you to watch the recorded presentation below and join our Campaign Challenge, sending us your most specific, concrete and creative ideas.

We really need your input as Tibet Groups.

To take part we strongly encourage you to gather individuals from your Group and to work through the nine prompts from the webinar (also listed below). Be bold and as free thinking with your ideas as possible, however crazy they may appear. By working through each prompt, we hope your most concrete and creative ideas will come to the surface.

We recommend you take copious notes, preferably on large format paper, to facilitate collaboration within your group. Once you have completed your session and feel you have everything down on paper we ask that you send us the feedback via the Campaign Challenge Survey, which you can also complete at the bottom of this page. (If it’s impossible to get members of your Group together, you can also work through the prompts and submit ideas individually.)

What will happen to your ideas?

A Taskforce is being convened by the International Tibet Network, comprising a selection of Steering Committee members, leading thinkers and representatives of the most experienced Tibet Groups. Current members are Dorjee Tseten, Dechen Pemba, Dennis Cusack, Tendor and Martin Bursik. Its mission is to advise the Steering Committee on appropriate campaign strategies to help the movement advance a number of strategic goals. It will look at all the ideas submitted in the Campaign Challenge and assess them for their potential to:

We’d like you to think as openly as you can about possible new campaigns that the movement could be pursuing. The best approach is to start broad, throwing up as many ideas as possible (no matter how good or bad they seem at first). Be willing to think the unthinkable, it is surprising how something that might seem crazy at first, has a nugget of genius in it. Once you have your long list, narrow it down to the ideas you find most exciting or that you think have most potential. You might try ending up with 2 – 3 of the strongest ones you could think of. But even if it’s one, that’s great! Quality is definitely better than quantity.

With the shortlist of your strongest ideas, narrow each one down to the very specific goal it would be aiming to achieve. Try to express the goal in one (or two) sentences.  Examples of goals from other campaigns (past and present) might include:

Once you have specified the goal, identify the target(s) for that goal. That is, the person or group who can make the change happen – the decision makers. Be as specific as possible.

Now, start thinking of who (group of people, organisations, individuals etc) has most influence over those decision-makers? These are called influencers.

What actions can your influencers take to persuade your target to make the decision you want? How can the movement motivate these influencers to take that action? This is where you can get creative.

What is the most powerful story you can tell about your campaign? Think about the problem, the journey towards the solution and who needs to take part to make the change happen. Try and sum it up in a paragraph.

Are there any ideas or activities that will help this campaign gain coverage and momentum across social and traditional media?

How might your campaign idea help to achieve some of the following objectives:

This section is where you can provide any other thoughts that flesh out your ideas and help the Taskforce get a good understanding of your campaign thinking.

For each of your campaign ideas, we’d like to you fill in the following form. Fill it in as many times as you need to, for each campaign idea you want to share. (click on the survey window and enter your answers as you scroll down, or go to https://www.surveymonkey.co.uk/r/CampaignChallenge.)

Create your own user feedback survey