Concern for the whereabouts of lawyer Jiang Tianyong, defender of Tibetan and Chinese activists

Concern for the whereabouts of lawyer Jiang Tianyong, defender of Tibetan and Chinese activists 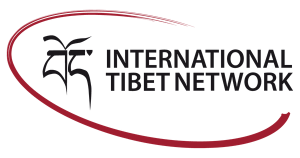 [Taipei] International Tibet Network’s Secretariat expresses its deep concern at the forced disappearance and detention of Jiang Tianyong (江天勇), the prominent Chinese human rights lawyer who has defended many high profile Chinese and Tibetan political prisoners. He disappeared on 21 November 2016, whilst travelling home to Beijing from a visit to the family of Xie Yang, a human rights lawyer held in custody in Changsha. After almost 4 weeks of disappearance, Chinese police admitted detaining him for 9 days, but claimed he had since been released – a claim the family does not believe.  A Chinese media source disclosed that he may face charges of “illegally obtaining state secrets.” [1]

“We are deeply concerned about the whereabouts and well-being of of Jiang Tianyong in what is essentially a case of forced disappearance” said Penghsuan Lee, International Tibet Network’s East Asia Regional Coordinator. “The police have been denying that he remains in detention, but neither his family nor his lawyer have received any information regarding his well-being and whereabouts from the authorities. This is not only against the International Convention for the Protection of All Persons from Enforced Disappearance but also violates China’s own laws.”

In Jiang Tianyong’s 12 years as a human rights lawyer, he represented prominent activists such as Gao Zhisheng (高智晟) and Chen Guangcheng (陈光诚), and many politically sensitive cases [2], as well as Tibetans in Tibet. In 2008, along with 16 other lawyers, he publically offered legal services to Tibetans charged in the 14 March Uprising. [3] This led to the suspension of his lawyer’s license in 2009. In 2010 he represented Phurbu Tsering Rinpoche [4] and Labrang Jigme Guri in 2011. [5]  It is feared that Jiang’s current detention may be in retaliation for meeting the UN Special Rapporteur on Extreme Poverty and Human Rights, Philip Alston, in August 2016. [6]

“We hope that international concern about Jiang’s disappearance will lead to his immediate release,” said Tenzin Jigdal, International Coordinator of Tibet Network. “China’s government has to fulfill its commitment to rule of law, and the illegal detention of a human rights defender deserves substantial condemnation.”

This is not Jiang’s first disappearance and detention: In 2011, he was kidnapped by the police and disappeared for two months during which he was subjected to  torture. Later in 2012, he was harshly beaten by the police due to his visit to human rights activist Chen Guangchen. [7] It led to the hearing in his left ear being impaired. In March 2014, he and many lawyers, citizens and family visited Jiansanjiang black prison in Heilongjiang and were detained afterward. The brutal acts of police have caused fractures to eight ribs. [8]

[2] In addition to those mentioned Jiang worked on the cases of Northern Shaanxi Oilfield (陕北油田案), Guangzhou Taishi Village (广州太石村案), HIV positive (爱滋病带原者维权), Hepatitis B carriers (B型肝炎带原者维权), the appeal of Gheyret Niyaz (维族记者海莱提) and many more.

[6] Philip Alston, the UN’s special rapporteur on extreme poverty and human rights, said he was “deeply concerned that Jiang’s disappearance has occurred, at least in part, in reprisal for his cooperation with the UN during my visit to China”. https://www.theguardian.com/world/2016/dec/06/un-human-rights-china-missing-lawyer-jiang-tianyong