We, a coalition of over 125 Tibet-related rights groups, are writing to you ahead of the G7 Foreign Ministers Meeting in Münster to urge you to take firm joint action concerning the Chinese government’s relentless colonisation of Tibet and attempts to eradicate Tibetans’ distinct identity.

Occupied for over seven decades, China’s rule in Tibet is one of the last remnants of 20th-century colonialism. This is epitomised by a vast and alarming system of colonial boarding schools and preschools housing close to 1,000,000 Tibetan children.
The children are separated from their families and communities, often through coercive measures. As a result, they are prevented from learning their mother tongue and must study a curriculum imposed by the occupying Chinese government. At the same time, scores of Tibetan-language schools have been shut down across Tibet with Tibetan teachers and language advocates arrested for simply teaching in Tibetan.

These policies aim to re-engineer Tibetan society and eliminate resistance to Chinese rule by ensuring that the next generation of Tibetans cannot speak their own language and are cut off from their culture and way of life. This effort, and in particular the system of colonial boarding schools, has already had a devastating impact on Tibetan families, causing extreme emotional and psychological distress to Tibetan children.

Given the gravity and urgency of this situation, we call on you to release a statement that:

Finally, we appeal to you to prioritise the development of more robust joint action on Tibet to collectively address China’s flawed policies so that the Tibetan people’s aspirations for freedom and basic human rights can be realised. Together your governments are uniquely positioned to exercise strong and direct influence on China’s leadership. By acting in unison, you will not only increase your influence over Beijing, but this common approach will provide participating governments with a greater measure of protection from China’s efforts to impose its authoritarian influence on our own democracies.

We look forward to your urgent response to this request. 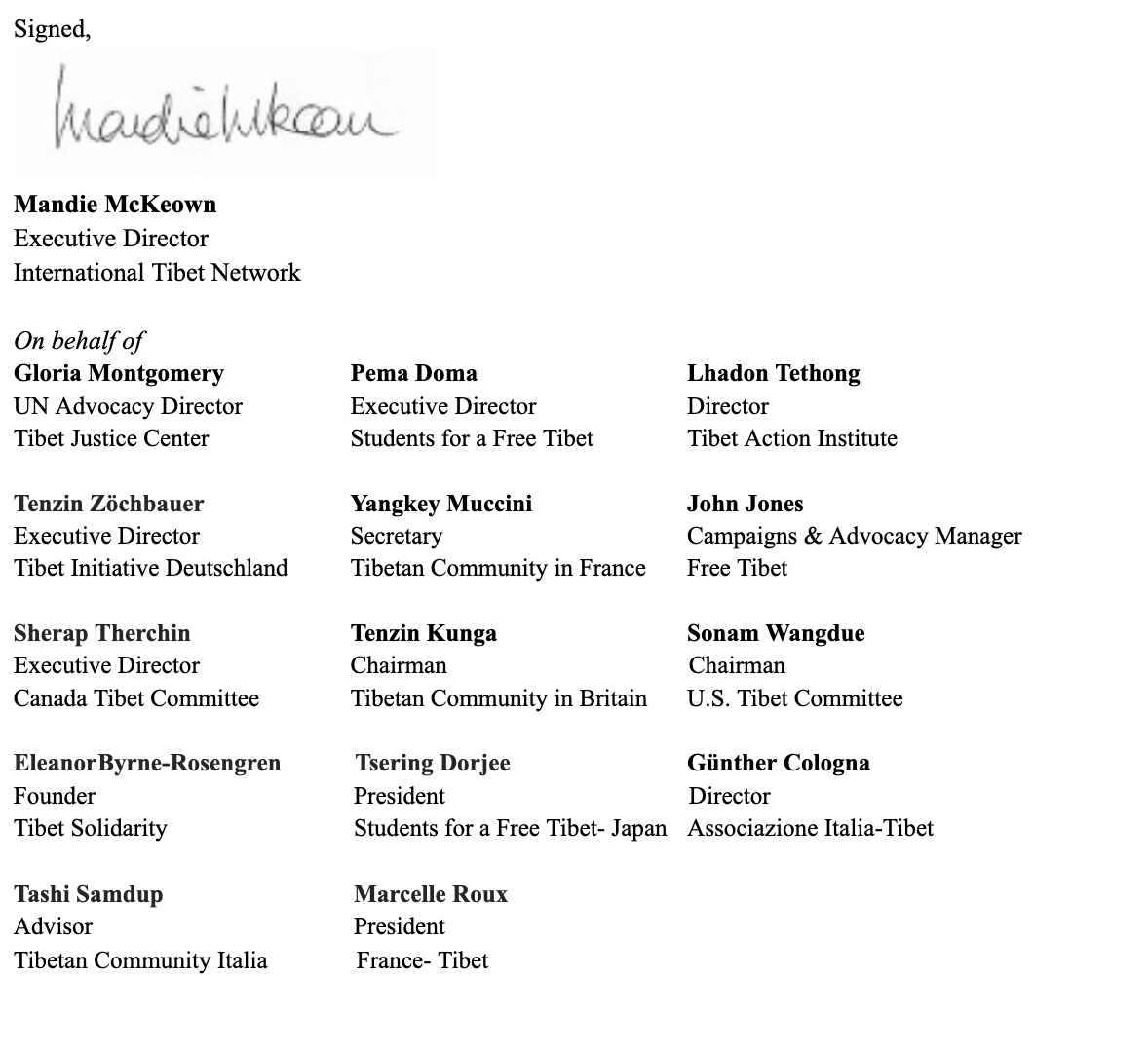 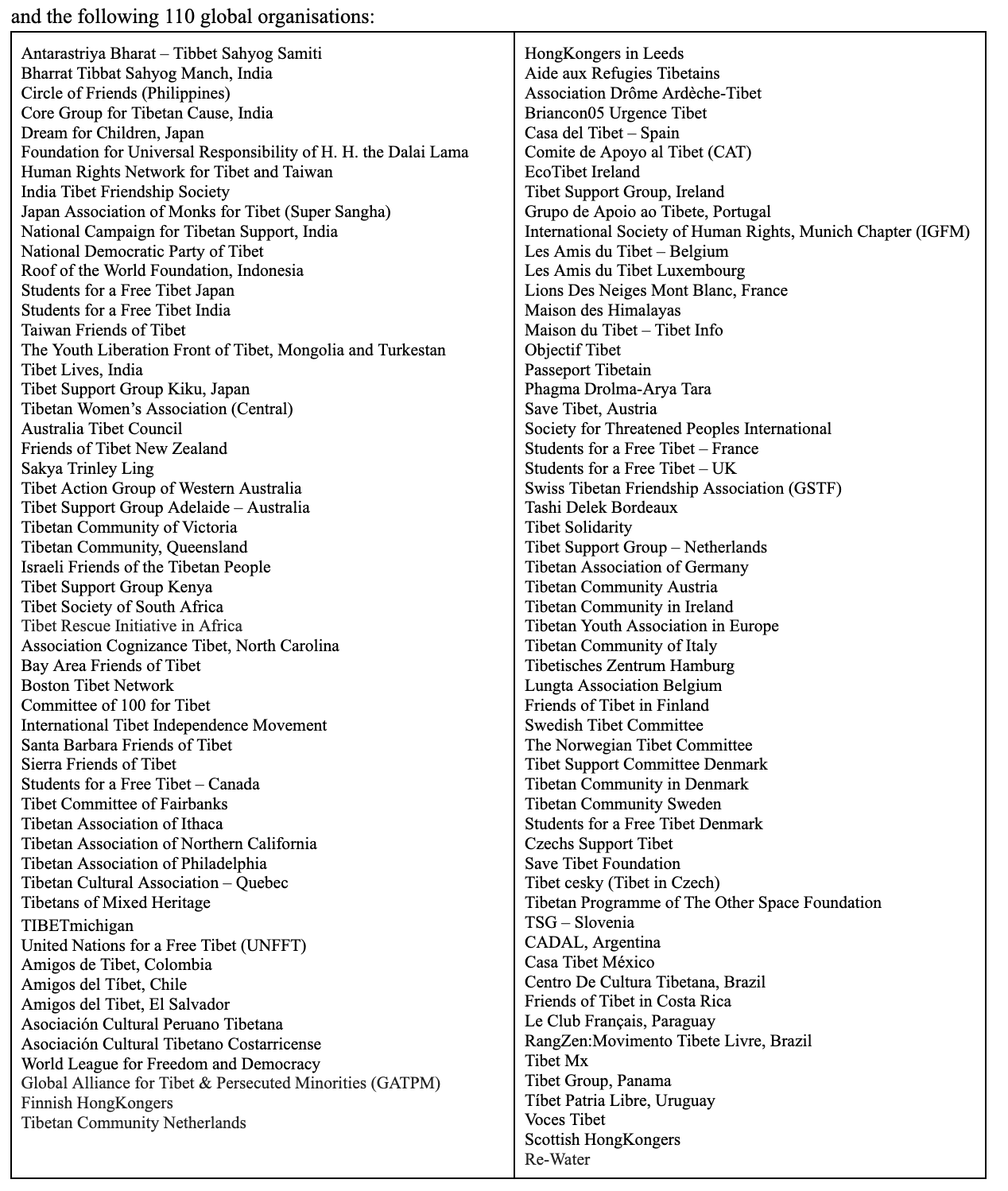