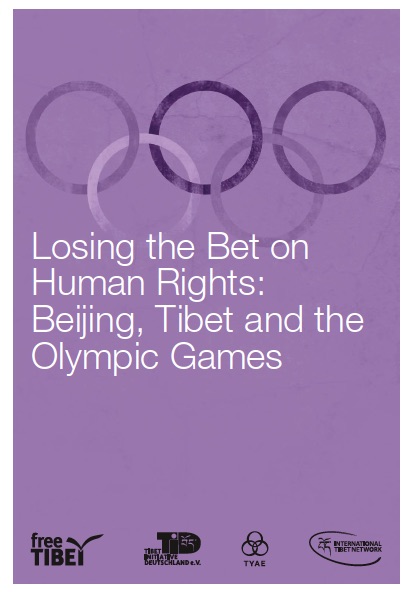 Another Olympics in Beijing?

Beijing is one of only two cities in the running for the 2022 Winter Olympics. If it were to win the Games, it would be the first city ever to host both the Summer and Winter Olympics. Right now, the International Olympic Committee (IOC), which chooses the winner, is visiting the other candidate city, Almaty in Kazakhstan.

On 24 March the IOC will visit Beijing to assess its potential as a host city. The final decision will be announced in July 2015.

International Tibet Network member groups are currently working together to build pressure on the IOC not to make the same mistake twice. Kazakhstan is the only other contender for the 2022 Winter Games and they also have a very poor human rights record.

In a media statement issued on 16 February, to coincide with the IOC visit to Almaty, Tenzin Jigdal of International Tibet Network said:

“The IOC side-lined Tibet last time – it needs to pay attention this time. The Beijing Olympics was the Tibet Olympics. If the IOC makes the same mistake again, it can be in no doubt that 2022 will be Tibet’s Olympics again.”

“Beijing has proved itself unworthy of the Games. Almaty needs to prove itself worthy – if it can.”

A full campaign plan to build pressure on the IOC in the coming weeks and materials for Tibet Groups to use are below.