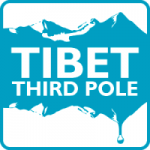 [Paris] A delegation of Tibetans and Tibet supporters are joining the thousands of environment and human rights activists who are arriving in Paris for the United Nations Climate Summit, COP21. Like the Arctic and Pacific Island nations, Tibet is on the frontline of global climate change, warming twice as fast as the rest of the world. Rising temperatures, changing precipitation patterns, melting glaciers and extreme weather are directly affecting Tibetans and the wildlife and ecosystems of Tibet.

“We are here in Paris to show Tibetan solidarity and join the push for a strong, binding climate agreement in Paris, and importantly seek the inclusion of policies that fully protects the human rights and strengthens the long-term effectiveness of climate action,” said Norzin Wangmo of Tibetan Women’s Association. “Tibet has the same fragility as the Arctic but is warming twice as quickly as the rest of the world. As a vulnerable area, the Tibetan plateau must be protected. But China is riding roughshod over this unique land by building hundreds of mega-dams and wide scale destructive mining projects that are threatening to destroy the unique and important ecosystem.”

Since the invasion of Tibet in 1949, Tibetans have been excluded from the stewardship of fragile Tibetan plateau, known widely as the the “Third Pole” due to the mass of ice fields that contain the largest reserve of fresh water outside the polar regions. Tibet is the source of the 10 major river systems that provide irrigation, power and drinking water for over 1.4 billion people in Asia – nearly 20% of the world’s population. [1]

“China’s policies of infrastructure development, mining and rapid urbanization have aggravated the environmental degradation that is affecting the quantity and quality of Tibet’s grasslands and water resources,” said Dhondup Phuntsok from Students for a Free Tibet – France. “This strong Tibetan delegation in Paris will be discussing ways in which the Tibetan people, especially Tibetan nomads, are part of the solution and must be involved in the decision-making and management of the plateau’s natural resources.“

“The impact of climate change and ecological depletion in Tibet is not a regional but a global issue and, as the call for Climate Action for Tibet is heard in Paris, Tibetans and Tibet supporters around the world are also taking to the streets in support of the mass Global Climate Marches” said Mandie McKeown, Campaigns Coordinator for International Tibet Network. “From Australia to the UK, India to Mexico, we and our fellow Tibet activists are joining a diverse range of people all demanding an ambitious new global climate agreement.”

– To reach a binding agreement in Paris that limits global warming to 1.5 degrees and enshrines respect for human rights, whilst recognizing and incorporating indigenous knowledge and practices in climate change mitigation and adaptation.

–  To call on China to halt its irresponsible environmental policies in Tibet, to cease the construction of mega-dams on Asia’s headwaters and to give stewardship of Tibet’s grasslands to Tibetan nomads.

– We urge the 10 Asian nations downstream from Tibet to form a multilateral forum to pressure China for an immediate moratorium on all damming and mining projects in Tibet, thereby leading to a more secure water-sharing environment in the South and South East Asia region and safeguarding food, water, ecological and economic security.