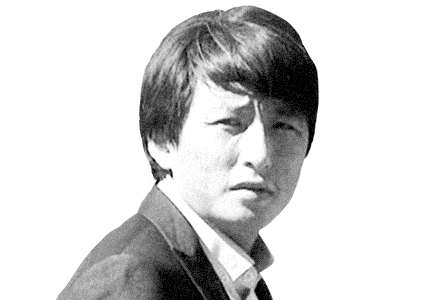 Today, which marks the 100th day since Tibetan language advocate Tashi Wangchuk was tried in a closed Chinese court on spurious and highly political charges of “inciting splittism”, Tibetans and supporters are calling for his immediate and unconditional release. The trial – on 4 January 2018 – concluded with no verdict; the charges could carry a prison sentence of up to 15 years. Tashi Wangchuk continues to be held in detention, where he has now been for over 26 months, despite having committed no crime.

In February 2018 six United Nations human rights experts condemned the detention of Tashi Wangchuk stating that all of the charges against him should be dropped, and urging he be released immediately “in accordance with international law”.

“100 days after being tried Tashi Wangchuk remains in the worst kind of limbo, not knowing when he may be sentenced, and potentially enduring many years in prison; for under China’s judicial system he faces almost certain conviction,” said Mandie McKeown, Campaigns Coordinator, International Tibet Network. “His best hope for freedom lies in the support he has from the international community and today we call on governments around the world to urge China to immediately and unconditionally release him.”

A businessman from Kyegundo (Ch: Yushu County), an area of Kham, Tibet, Tashi Wangchuk has long been concerned by the difficulties in securing an education in the Tibetan language. He expressed fears that the next generation of Tibetans could grow up unable to speak their mother tongue, saying “I can feel my ability to use and understand Tibetan language slipping away”. He travelled to Beijing to inform Chinese state media and courts about the threat to the Tibetan language and to file a lawsuit to ensure that local authorities provided Tibetan language education. His advocacy became the subject of a short video documentary and interview in the New York Times in November 2015, in which he made it clear that he was not advocating Tibetan independence, but pursuing rights supposedly guaranteed in the Chinese constitution.

Tashi Wangchuk was arrested on 27 January 2016 but not tried for almost two years. On 4 January 2018 his trial opened and closed on the same day. No verdict or sentence was announced. Government representatives from Britain, Canada, Germany, the European Union and the United States were denied entry into the hearing, as were journalists attempting to cover the trial.

“Tashi Wangchuk has committed no recognisable crime under Chinese or international law, and his desire to see Tibetan language education extended to all Tibetans is explicitly in line with the Constitution of the People’s Republic of China,” said Tenzin Jigdal. “China must release Tashi Wangchuk immediately and stop harassing and detaining Tibetans for peacefully exercising their right to freedom of expression. The Chinese government must listen to and address the grievances of the Tibetan people, including respecting the Tibetan people’s right to maintain and protect their language and culture.”