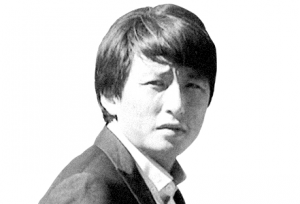 Nearly three months after Tibetan language advocate Tashi Wangchuk was tried [1] in a closed Chinese court on spurious and highly political charges of “inciting splittism”, Tibetans and Tibet activists are joined by the Linguist Society of America in the call for his immediate and unconditional release.

The Linguistic Society of America (LSA), which works to advance the scientific study of language, has issued a strong statement urging their members and linguists worldwide to join them in contacting the Chinese Minister of Justice to call for Tashi Wangchuk’s release. With a longstanding commitment to human rights, the LSA declared it condemned  “the continued detention of Mr. Wangchuk and the criminalization of his freedom of expression as well as his right to stand and speak up for what he perceives as human rights violations in his region and country.” They added that: “Free exchange of views about State policies, including criticism against policies and actions that appear to have a negative impact on the lives of people need to be protected and further encouraged.” [2]

This strong show of support comes on the heels of a group of six United Nations human rights experts [3] condemnation of the detention of Tashi Wangchuk. The experts stated that all of the charges against him should be dropped, and urged for his immediate release “in accordance with international law”. [4]

Tashi Wangchuk. a businessman from Kyegundo (Ch: Yushu County), an area of Kham, Tibet, was arrested on 27 January 2016 but not tried for almost two years. On 4 January 2018 his trial opened and closed on the same day. No verdict or sentence was announced. Government representatives from Britain, Canada, Germany, the European Union and the United States were denied entry into the hearing, as were journalists attempting to cover the trial. [5]

Tashi Wangchuk has long been concerned by the difficulties in securing an education in the Tibetan language. He expressed fears that the next generation of Tibetans could grow up unable to speak their mother tongue, saying “I can feel my ability to use and understand Tibetan language slipping away”. He travelled to Beijing to inform Chinese state media and courts about the threat to the Tibetan language and to file a lawsuit to ensure that local authorities provided Tibetan language education. His advocacy became the subject of a short video documentary and interview in the New York Times in November 2015, [6] in which he made it clear that he was not advocating Tibetan independence, but pursuing rights supposedly guaranteed in the Chinese constitution. [7]

Tenzin Jigdal, International Coordinator, International Tibet Network [8] said:
“More than 100 days after being tried Tashi Wangchuk remains in the worst kind of limbo, not knowing when he may be sentenced, and potentially enduring many years in prison; for under China’s judicial system he faces almost certain conviction. His best hope for freedom lies in the support he has from the international community and we welcome the Linguistic Society of America’s support and urge that other linguists and writers, who hold language so dear, join the call to urge China to immediately and unconditionally release him.”

John Jones, Campaigns and Communications Manager, Free Tibet said:
“Nearly three months have passed since Tashi Wangchuk stood trial, and yet there is still no sign of a verdict. Over two years have passed since his arrest and yet there is still no evidence of any crime. From the United Nations to Tashi Wangchuk’s fellow language advocates around the world, the message to Beijing is clear: enough is enough. This ongoing, daily injustice must end. Tashi Wangchuk must be released immediately.”

Mandie McKeown, Campaigns Coordinator for International Tibet Network said:
“Tashi Wangchuk has committed no recognisable crime under Chinese or international law, and his desire to see Tibetan language education extended to all Tibetans is explicitly in line with the Constitution of the People’s Republic of China. China must release Tashi Wangchuk immediately and stop harassing and detaining Tibetans for peacefully exercising their right to freedom of expression. The Chinese government must listen to and address the grievances of the Tibetan people, including respecting the Tibetan people’s right to maintain and protect their language and culture.”

Notes to Editors:
1. Tashi Wangchuk was tried for ‘inciting separatism’ on 4 January 2018. The trial concluded without a verdict or sentence announcement. The politically motivated charge carries up to a 15 year sentence. Tashi Wangchuk’s lawer, Liang Xiaojun tweeted on 4 January 2018 that “The trial of Tashi Wangchuk in the crime of inciting separatism has ended, which took 4 hours from 9:30 to 13:30. The judge announced the court to be closed and the day of sentence will be chosen afterward. The trial was conducted in Mandarin, and the video “A Tibetan’s Journey to Justice” [by the New York Times, see Note 2] was screened to the court as evidence. Other related evidence was also shown. The prosecution, the defense and Tashi Wangchuk himself have all expressed their points of view. Tashi’s expression was very clear and his views were concise.”  https://twitter.com/liangxiaojun/status/948796514200993793
2. Tibetan Language Activist Awaits Sentence from Chinese Courts, Linguistic Society of America, 28 February 2018  https://www.linguisticsociety.org/news/2018/02/28/tibetan-language-activist-awaits-sentence-chinese-courts
3. The UN experts are: Ms. E. Tendayi Achiume, Special Rapporteur on contemporary forms of racism, racial discrimination, xenophobia and related intolerance; Ms. Karima Bennoune, Special Rapporteur in the field of cultural rights; Mr. Fernand de Varennes, Special Rapporteur on minority issues, Mr. José Antonio Guevara Bermúdez, Chair-Rapporteur of the Working Group on Arbitrary Detention, Mr. Michel Forst, Special Rapporteur on the situation of human rights defenders; Mr. David Kaye, Special Rapporteur on the promotion and protection of the right to freedom of opinion and expression.
4. http://www.ohchr.org/EN/NewsEvents/Pages/DisplayNews.aspx?NewsID=22683&LangID=E
5. New York Times: “Tibetan Businessman Battles Separatism Charges in Chinese Court”, 4 January 2018: https://www.nytimes.com/2018/01/04/world/asia/tibet-china-language-separatism-tashi.html
6. New York Times: “A Tibetan’s Journey for Justice”, November 2015. https://www.nytimes.com/video/world/asia/100000004031427/a-tibetans-journey-for-justice.html
7. Article 4 of the Chinese Constitution states that “[e]thnic minorities’ right to learn, use and develop their own spoken and written languages is guaranteed in accordance with the law”.
8. International Tibet Network, a global coalition of more than 170 Tibet organisations dedicated to campaigning to end human rights violations in Tibet and restore rights to the Tibetan people. https://TibetNetwork.org/