‘Missing For Over 20 Years’: Call for Renewed Push for Evidence about the Panchen Lama

‘Missing For Over 20 Years’: Call for Renewed Push for Evidence about the Panchen Lama 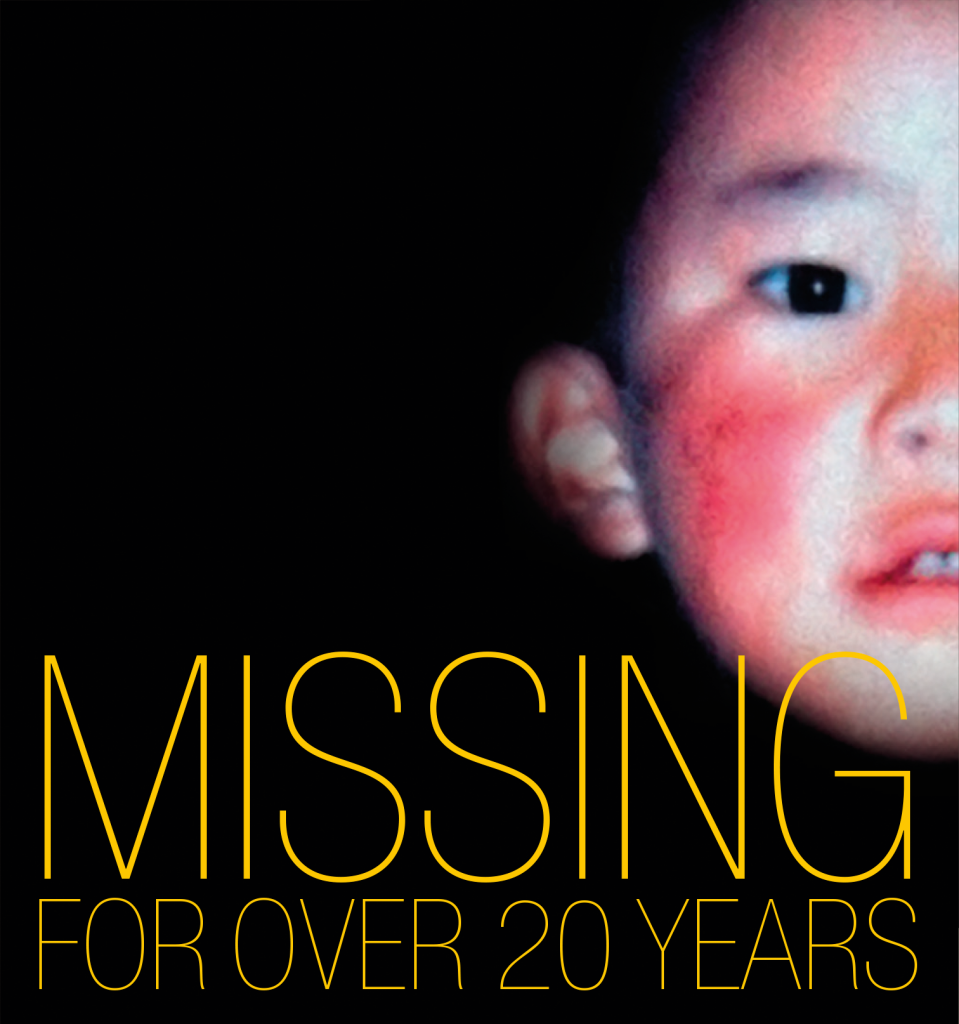 [London] For over 20 years, Tibet’s Panchen Lama, Gedhun Choekyi Nyima, has been missing after he and his family were detained by Chinese authorities. Today on the 23rd anniversary since he first disappeared, Tibetans and Tibet Groups have launched a new report calling on world leaders to act urgently and robustly to confront China’s disappearance of the Panchen Lama who was taken when he was just six years old.

“Today is the 23rd anniversary since the complete disappearance of Tibet’s Panchen Lama and we still have no factual evidence of the fate of Gedhun Choekyi Nyima,” said Tenzin Jigdal, International Tibet Network. “It is nothing more than a systematic failure by world governments to hold the Chinese authorities to account for their blatant disregard for the well-being of this now young man and international human rights law.”

On 17 May 1995, six year old Gedhun Choekyi Nyima, the Panchen Lama and Tibet’s second most senior figure in Tibetan Buddhism, was ‘removed’ from his home by Chinese authorities. Since then, Chinese officials have consistently failed to provide information on his fate or whereabouts to world government officials or United Nations human rights experts.

For over two decades, China has hidden Gedhun Choekyi Nyima away, claiming he is leading a normal life and does not wish to be disturbed; but no proof of this has ever been provided and independent human rights experts have never been given the opportunity to visit him despite numerous requests.

Today’s call for a renewed, robust approach is outlined in a new report that reveals that over the last 20 years, Chinese officials have done nothing more than issue a variety of  different and misleading statements that have exacerbated concerns about the Panchen Lama’s true whereabouts and well-being. The report highlights how, in 2000, a Chinese delegation showed two photographs to both EU and UK officials of a young boy, who apparently resembled the photograph of Gedhun Choekyi Nyima aged six; the boy in the photographs was captured playing table tennis and writing Chinese characters on a blackboard. It was impossible to determine the boy’s identity or location in the pictures and neither the EU nor the UK were given copies of the photographs to verify.

“The EU and the UK made promises in 2000 that they would seek to obtain copies of these important photographs but these promises have simply been brushed under the carpet, and the Tibetan people are still waiting for answers,” said Gloria Montgomery, Head of Advocacy and Campaigns at Tibet Society UK. “We are now calling on the EU and the UK to reignite the strong call for tangible evidence of Gedhun Choekyi Nyima’s well-being, rather than accepting at face value the hollow words given by Chinese officials.”

Given that China showed officials photographs in the past, it is not unprecedented that they could provide tangible, date-verifiable evidence to the international community.  Tibetans and Tibet groups are wholeheartedly urging that governments use these historic facts to hold China to account, to produce authenticated evidence of Gedhun Choekyi Nyima’s whereabouts and safety.

“Just last week, delegates representing the Chinese government repeated claims to the Canadian Parliament that the Panchen Lama does not wish to be disturbed; no tangible evidence to substantiate these claims, or facts about his well-being, were provided,” said Sherap Therchin of Canada Tibet Committee. “For over 20 years there has been total impunity for those responsible for the Panchen Lama’s enforced disappearance. Governments who believe in the basic civil rights enshrined in the UN Declaration for Human Rights must take up the issue of Gedhun Choekyi Nyima without further delay.”

“China’s behaviour has been contemptible and the international community must call them out at every opportunity,” said Han Vandenabeele of LUNGTA – Actief voor Tibet. “Sadly the EU failed to obtain the only possible photographic evidence of Gedhun Choekyi Nyima in captivity back in 2000, but with the next EU-China summit scheduled to take place in the next months the EU must forcefully press China to produce new evidence of the 11th Panchen Lama’s well-being, and not simply be content with misleading statements”.

Adding further insult to the Tibetan people and Tibetan Buddhists around the world, China selected another child to be its chosen 11th Panchen Lama. The selected child was Gyaltsen Norbu, born in February 1990. By installing its own Panchen Lama, China  has applied enforced disappearance as a policy to control the cultural traditions and core beliefs of Tibet’s reincarnation procedure and are attempting to exert their influence over the future leader of the Tibetan people; a measure that reveals the extent of China’s agenda to undermine and weaken the authority of legitimate Tibetan religious leaders, including the Dalai Lama.

The report, ‘Missing For Over 20 Years’, outlines what world governments must call for, which includes: